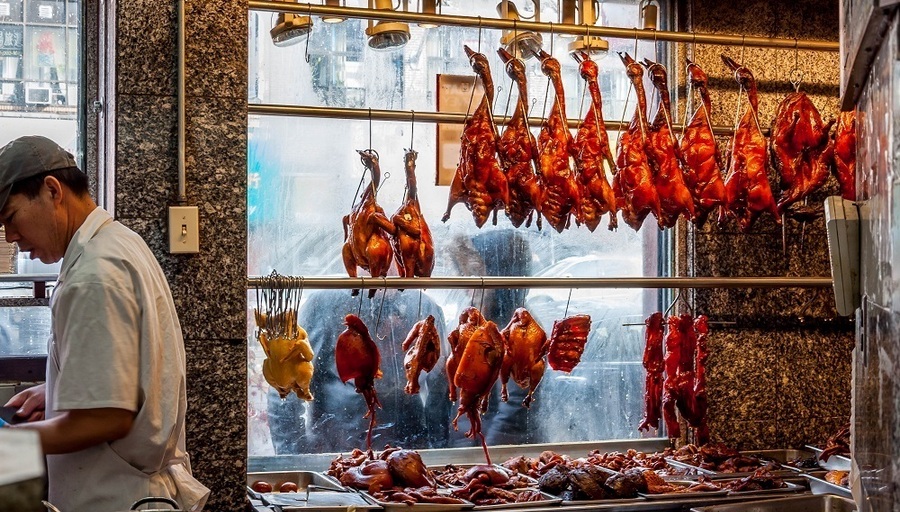 BeVeg International Law Firm have filled a legal petition in the hopes of stamping out live-animal markets in New York City.

Lawyer Carissa Kranz—founder of BeVeg International Law Firm, a law firm for vegan certification—has filed a legal petition for rulemaking in New York City in an effort to shut down live animal markets.

The markets pose a high risk of animal-borne diseases due to crowded, unsanitary conditions. A 2014 Grubstreet article describes one live poultry market in Sunset Park, Brooklyn, as a “small tile-covered shop is strewn with feathers and stacked with cages of birds.”

Kranz, whose firm has offices in NYC, Florida, and Washington, D.C., told CBS12 News that “it’s called a wet market because it is wet with blood, urine, guts, feces.”

According to National Geographic, another explanation is the fact that wet markets sell perishable goods.

Wet markets are distinct from live animal markets. Similar to farmers markets, wet markets also sell fresh fruit, vegetables, meat, and fish. Wild animal meat is rarely on offer, as it was at the Huanan seafood market where experts believe the virus originated.

Kranz said the markets are “hotbeds for contagions” like COVID-19 pandemic.

Last month, 66 U.S. lawmakers sent a letter to the director-generals of the World Health Organization, the World Organization for Animal Health, and the United Nations demanding a global ban on live animal markets.

“As this pandemic continues to threaten the lives of millions, pushes healthcare systems to the breaking point,” the letter reads, “and devastates economies around the world, it is imperative that we all take action as a global community to protect public health.”

Assemblymember Linda B. Rosenthal and state senator Luis Sepulveda have also introduced legislation to close New York City’s licensed live animal markets. The bill would create a task force of experts to determine whether or not the markets can operate safely.

She told The Independent “Prominent doctors and scientists say that these kinds of markets need to be shut down to forestall a future virus and epidemic from occurring.”

This article was originally posted on Animalagricultureclimatechange.org