“Injured clients include people and animals. Live animal wet markets cause injury to both. Not only is it cruel and inhumane, it’s a public health crisis that will likely lead to the next pandemic,” says Carissa Kranz. (CREDIT: “Save Movement”)

PALM BEACH GARDENS, Fla. (CBS12) — Numbers now reflect that the coronavirus may be past its peak in several U.S. states, but the question as to how to prevent future pandemics remains.

Carissa Kranz, is a founding attorney for the Law Offices of Carissa Kranz. a legal injury firm in Palm Beach Gardens. Kranz is fighting to ban wet markets in New York, where there are currently over 80 “wet markets” according to PETA.

“It’s called a wet market because it is wet with blood, urine, guts, feces,” Kranz explained to CBS12 News.

Kranz calls these unregulated slaughterhouses “hotbeds for contagion,” and is deeply concerned that in the midst of a global pandemic, thousands of these operations are still active from Illinois to California. 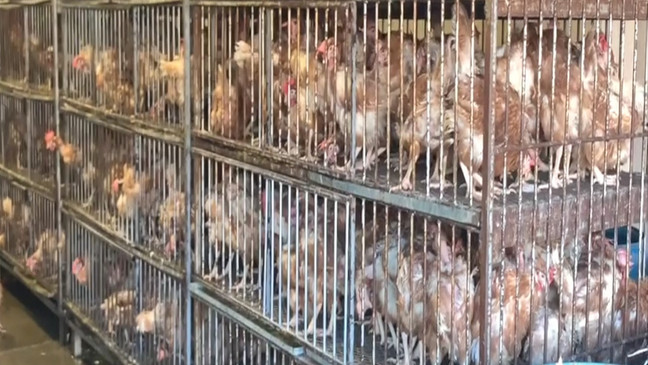 “Injured clients include people and animals. Live animal wet markets cause injury to both. Not only is it cruel and inhumane, it’s a public health crisis that will likely lead to the next pandemic,” says Carissa Kranz. (CREDIT: “Save Movement”)

“SARS was started at a live animal wet market in China,” Kranz said. It is also believed that MERS is of a zoonotic origin.

Kranz says that at this rate, another coronavirus could originate in New York City as easily as the one in Wuhan began.

So while legislators on both sides of the isle called on the “WHO” to ban these wet markets across the world, Kranz is petitioning to end them in New York, where she worries they could slip through the cracks.

Kranz officially filed a petition for rule-making in New York last week. She received thousands of signatures from New Yorkers who support her cause and is still waiting for a response.

The Law Offices of Carissa Kranz is based in Palm Beach Gardens. The firm has offices in Florida, New York, DC and California. The firm also manages BeVeg International, the leading vegan certification firm as a legal practice area.

This Article was originally posted on CBS 12