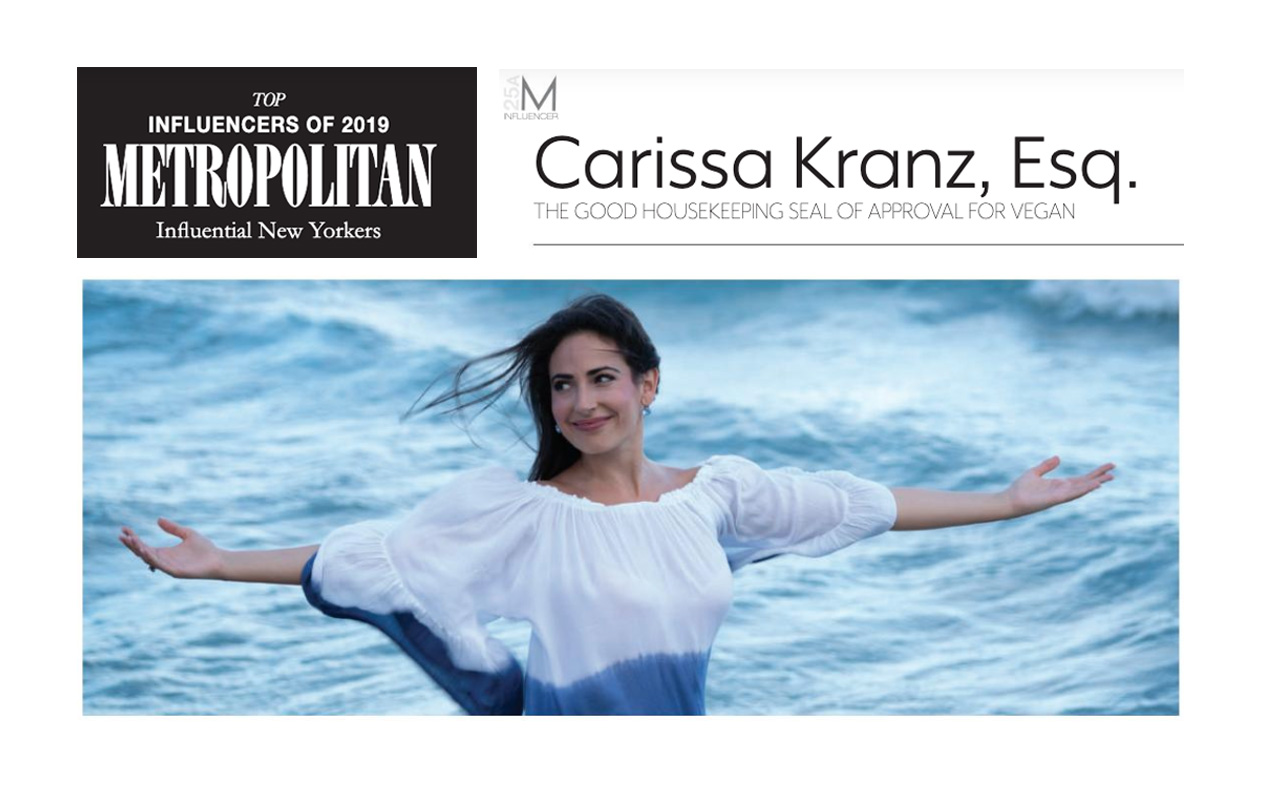 Carissa Kranz, a lifelong vegan, former professional ballet dancer-turned-Super Lawyer, is the founder and CEO of  BeVeg International, the premier vegan certification firm. BevVeg is on a mission to bring credibility and transparency to the regulation of vegan that does not exist anywhere else.

It’s about honest information and accountability

Vegan certification by BeVeg International are managed by the Law Offices of Carissa Kranz, P.A. which has GLOBAL trademark protection for the BeVeg vegan logo.

Carissa is licensed to practice law in New York, Washington D.C. and Florida. You may have seen her as a legal expert on Nancy Grace, Dr. Drew, FOX, CBC, CNN/HLN, NBC, Sirius radio, or as an anchor on Law & Crime network with Dan Abrams, among other major news media outlets. Before founding her own law firm Carissa worked as a Prosecutor acting a lead counsel in jury trials. She was also a litigation attorney at Greenberg Traurig, a legal Extern Clerk at the California Supreme Court, and a legal counsel for East Community Law Center representing indigent clients, to name a few.

Carissa was awarded: Super Lawyers, Top 40 Under 40 Trial attorneys by ASLA; Super Lawyer “Rising Star”; Martindale-Hubbel legal leader award with AV Preeminent rating score; the AVVO Client Choice Award with a superb 10.0 rating, Super Lawyer – Rising Star, among other awards. After graduating from the University of  Florida’s School of Journalism, summa cum laude, where she served as an anchor for an Emmy winning newscast, Carissa attended UC Berkeley School of Law. In law school, Carisa was an Editor of Law Review and awarded Best Oral Advocate. After law school, Carissa earned her master’s in journalism from Northwestern University’s Medill School of Journalism, where she was the Bloomberg Scholar and a Capitol Hill correspondent.

Carissa a former professional ballet dancer, and a “Super Lawyer” entrepreneur, attributes much of her ability to achieve top mental and physical performance to plant protein, veganism, and compassionate living choices.

This article was originally featured on Metropolitan (page 84)

"You can't put ballet into words. That's why we da